Following the 10 summer qualification rounds, the poor support meant that only 12 anglers fished the final.

On the day, only 11 anglers registered on the 2 day final.

Conditions for the event on day 1 was good with no rain, a gentle breeze and highs of around 15C.

The final was split onto 2 sections with 6 pegs on the burr and 5 on the chalet bank for day 1. 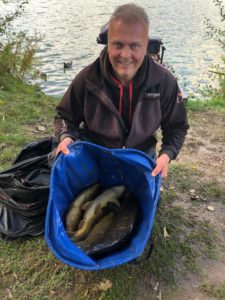 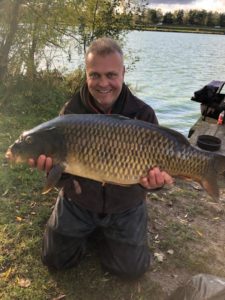 Winner of day 1 was Mick Bull (Frenzee /  Bag’em) from peg 12 on the burr.
Mick caught on both method and bomb and pellet landing a fine bag of carp tipping the scales at 130-7-0.

Second overall on day 1 was Warren Jennings (Bag’em) from peg 16.
Warren fished the bomb for most of the day and later the method down his edge to weigh in 113-7-0

Third placed Paul Stafford drew peg 76 on the chalet, staying well in contention with 76-7-0 to the method feeder.

Being a two day overall weight match, there was a number of anglers who were in contention  and each day 1 section switched to the opposite banks.

Winner overall on day 2 was again inform Mick Bull (Frenzee / Bag’em) who drew peg 60 on the chalet bank.
Mick fished both the bomb and pellet and method at distance searching out his fish from a number of lines.
Mick finished day 2 with a brilliant carp catch weighing in 163-7-0.

Second overall on day 2 was Gregg Newland from peg 80 on the Chalet bank.
Gregg fished a simple match casting the bomb and pellet short to record an impressive 151-7-0 of quality carp.

Third on the day was Jason Mackey from peg 20 on the burr with 144-4-0 to both bomb and pellet and method feeder. 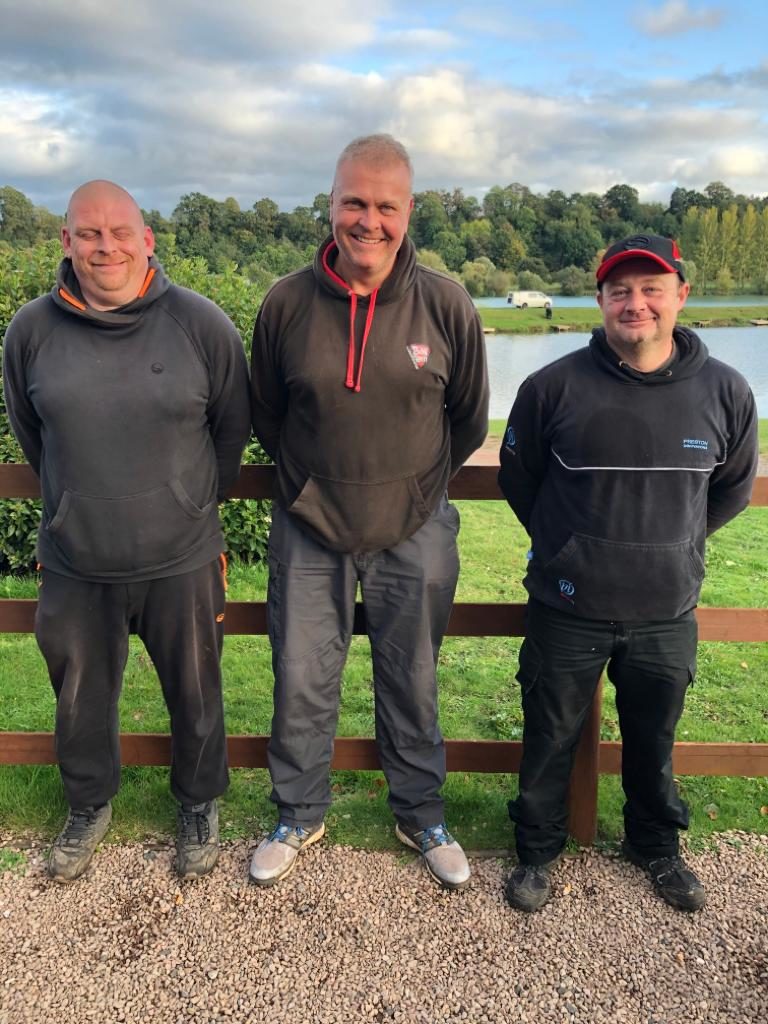 The final will be fished on a points basis and in the event of a points tie, weight will decide.

Pools on the day, £25 per man per day (not compulsory)

26 finalist took part in the first Larford feeder Championship.
12 qualifiers at Larford Lakes took place throughout the summer with section winners of a 10 peg zone making their way to the Grand Final.

Fished over 2 days, the Specimen Lake was moody with fancied pegs not producing the big weights.
Rules were feeder fishing only for the 2 day final. 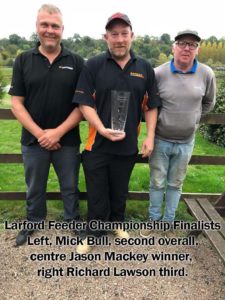 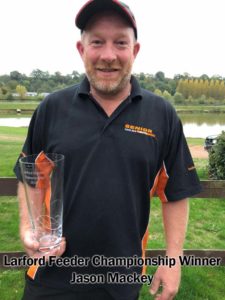